Sîan (pronounced “SHAHN”, a Welsh Gaelic name meaning “precious gift of God”) was diagnosed on May 1st, 1985 as having a form of cancer called ‘primitive neuroectodermal tumour’ in her liver, spine and foot.  Doctors thought the cancer had started in her pancreas and spread through her bloodstream. Her parents had never imagined that cancer could be a childhood disease before Sîan became sick, but learnt at a great cost how deadly it can be.

Ken and Sharon Bradwell established the Sîan Bradwell Fund at the Montreal Children’s Hospital on October 3rd, 1990 – the 6th anniversary of Sian’s birth — with the intent of purchasing medical equipment for the better diagnosis and treatment of children with cancer.  The year before, a softball tournament in Sian’s name had been held as a fundraiser, with the support of the Town of Kirkland and the Kirkland Men’s and Ladies’ softball leagues, the latter of which Sharon had been a member since 1977.

In 1992, while working on a software development project with Heather Ryall, a Toronto-based business systems analyst at RBC, the subject of softball came up.  Heather played in the Bank’s Systems & Technology softball league (the Montreal league of which Sharon had joined in 1976) and liked the idea of holding a fundraiser for the Hospital for Sick Children (Sick Kids).  A year later, Heather and her colleagues in Systems & Technology held the Toronto Three-Pitch Charity Challenge for the first time. 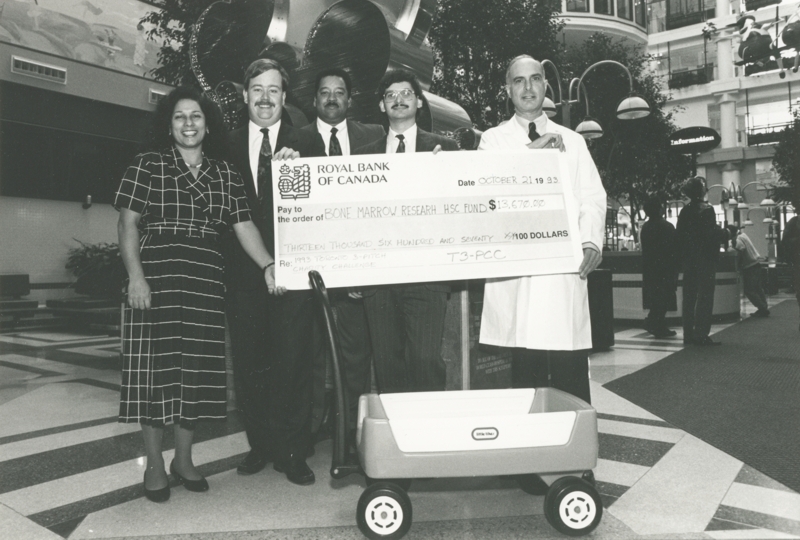 By 1997, Ken and Sharon had been transferred to Toronto, but Heather had left the company and several key volunteers had left the organising committee.  The softball tournament ceased to exist but staff in the Information Technology and Finance departments continued to support the Sian Bradwell Fund of Sick Kids Hospital through donations, and other events (e.g.  a Celebrity Bartending night at Remo’s on Front Street) organised by Brenda Lafontaine and Dora Murphy) were occasionally held.

In 2009, the Sian Bradwell Softball Tournament (Toronto) was started by Donna Baker and Steve Vutskos, assisted by Peggy Capitain, Jacqueline Gauthier — all players in the Systems & Technology Softball League — and friend Tara Russel, and ran until 2016 under Peggy’s leadership.  During that time, the Sian Bradwell Endowment Fund was established, starting with a very generous donation from Fund ambassador Mike Bradwell of the Toronto Argonauts.  The Endowment will continue to benefit the Hospital in perpetuity.

The Sian Bradwell Fund hosts FUNdraising events to raise awareness and purchase priority medical equipment for the Oncology Department of SickKids Hospital (Hospital For Sick Children).  The Fund has been honoured with its own tile on the Donor Wall, thanks to the efforts of all our volunteers. 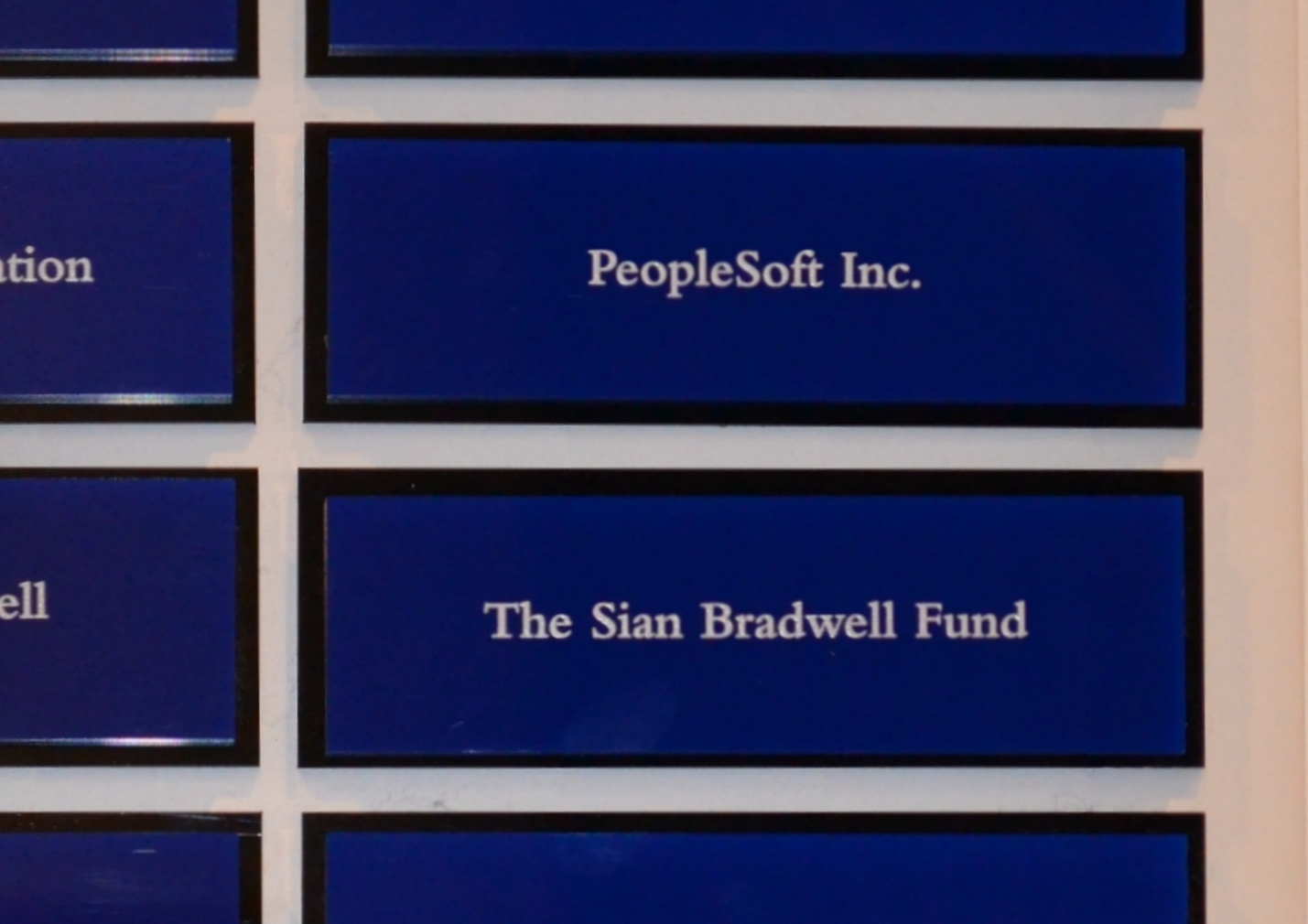